A Weekend in the Life of a Tokyo Family 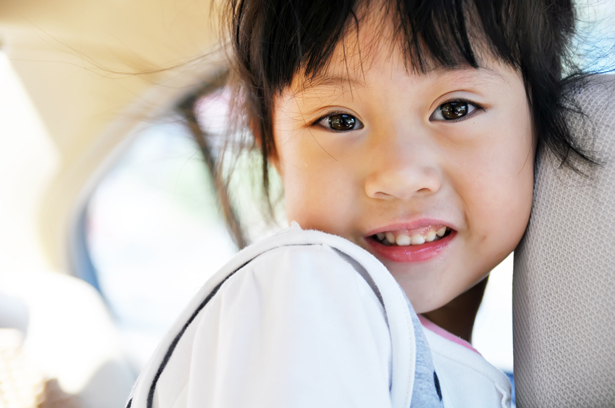 A Weekend in the Life of a Tokyo Family

After a long, hard week at the office, 43-year-old Mr Kondo triumphantly slams shut his laptop and takes in the illuminated Friday-night skyline from his high-view office window. Within five minutes, he is out among the flashing neon lights, walking to meet his managerial colleague, Mr Ohmatsu, for dinner in Hibiki Yurakucho. When the two suited men reach the plush, modern third-floor restaurant, they are greeted by a head-waiter in immaculate black suit and tie, who carefully ensures they are seated at a private table overlooking the flashing illuminations of uptown Ginza. For the next two blissful hours, free from the hustle and bustle of the streets below, the two weary men will enjoy a shining example of traditional Japanese dining in a modern setting.

They will start with a champagne appetiser and occasionally glance over the vast dimly lit room to the counter area, where chefs skilfully flip tamagoyaki omelettes and slice up sashimi at a frenetic pace. They will then take great pleasure from the succulent meat of the gyu-niku nabe (beef stew), while also savouring the rich taste of the high-grade Kawashima Tofu. And finally, when all is washed down with a glass of French red, they will head home, Mr Kondo to his postmodern house in the Shoto area of Shibuya-ku, the tranquil, residential bliss where all neighbours seem to know each other well.

Mrs Kondo, of course, has not simply been waiting for him. She has been enjoying her life of middle-class bliss, which began with a leisurely stroll with her white poodle amid the gently rustling cedar trees of Yoyogi Park. This was followed by a late-afternoon visit to luxury food store Seijo Ishii, where she purchased a mixture of Japanese and western delights. She supported the fruit farmers of Aichi, who spend a small fortune trying to grow perfectly shaped oranges, and charging a small fortune for it too. She also plumped for the tender Nakamuraya salmon, the 200g steak of the renowned Kobe Beef, and the citrus cake overflowing with fruit. High-grade $4 avocadoes, $25 Berthaut Cheese and a $45 bottle of 2007 Barolo complete the shopping list, which will play a key role in entertaining her guests on Sunday. Come the evening, she is peacefully texting her friends about Sunday’s meeting time, with her giant Regza TV emitting the sounds of a zany comedy show in the background.

Saturday morning sees Mrs Kondo rise at about 8am, ready to prepare her kids’ breakfast of Koshihikari rice, miso soup and tamagoyaki, made from the finest eggs ordered from Akua Farm. Her 8-year old Daiki devours his breakfast in no time, before racing out the door, bulging kit-bag slung over his shoulder, ready for an intense practice at the local kendo club. His sister, Hiromi, three years his junior, eats breakfast at a more leisurely pace, before neatly tying up her jet-black hair in preparation for ballet class. Mrs Kondo will of course transport her there in her spacious Toyota Alphard, her poodle gleefully riding on the expansive back seat. Mr Kondo, meanwhile, will rise a little later due to his mini-hangover, re-heat his tamagoyaki in the large Toshiba microwave and take in the morning’s news in the Daily Yomiuri. Despite excusing himself from his regular golf practice this weekend, he nevertheless meets his golfing friend, Koji, for an afternoon drink and Japanese anmitsu sweet at Kato’s in the Hotel New Otani, chatting about wives, kids and the toughest holes he has recently faced.

He returns home to change into smarter attire at exactly the time his wife and kids are alighting from the Alphard, the latter having been picked up from their late-afternoon English lesson. When they enter the house, they are greeted with the delightfully wafting smell of the beef, potato and carrot stew doused in sweet mirin, the natsukashii niku-jyaga, as the Japanese fondly name it. The chef, of course, is Mrs Kondo’s mother who, living locally, has offered to cook dinner for the night and look after the kids while Mr and Mrs Kondo spend some valuable alone time. They will head to the 9pm showing at the Cotton Club, a bar modelled on the New York establishment of the same name, for a jazz performance by Japanese takarazuka legend Maya Miki in front of an intimate audience of just 200 people. As they gently tap their feet to the music, the impeccably dapper waiting staff will ensure they are plied with cocktails and Japanese plum wine with ice.

With the children safely tucked away in bed by the time they return, the Kondos enjoy a peaceful night’s sleep on their king-size bed, relaxed by the thought of not needing to wake early tomorrow. Mrs Kondo has arranged for her three friends of similar age to arrive at 2pm, allowing time for her mother to say goodbye, and for Mr Kondo and the children to decide and embark upon an outdoor activity. They elect for a boat-ride on the Sumida River, taking in the 634-meter Sky Tree, the historic feel of downtown Asakusa, and the numerous flowers of Hamarikyu Garden.

Mrs Kondo, meanwhile, takes pleasure in showing her friends the new techniques she learned in the previous week’s tea ceremony class. Seating her guests on the kabuki-themed zabutons in her house’s only traditional tatami room, she instructs them to look carefully at the intricate flower designs on her porcelain cups before they drink her latest macha recipe. While they drink and complement her skills, Mrs Kondo puts the finishing touches on her salmon and avocado salad, neatly arranges her cheese canapés on her Edo-woodblock-themed dish, and lays it out with a smile of satisfaction on her glass living room table. The friends merrily drink the afternoon away, complaining about politics and laughing about the antics of various celebrities. As they warmly say goodbye in the genkan area, sliding into the shoes they courteously removed, they pledge to meet at another friend’s plush apartment the following month.

« How to Use Facial Acupressure to Rejuvenate Your Skin and Smooth Wrinkles » Travel Guide to Chengdu, China