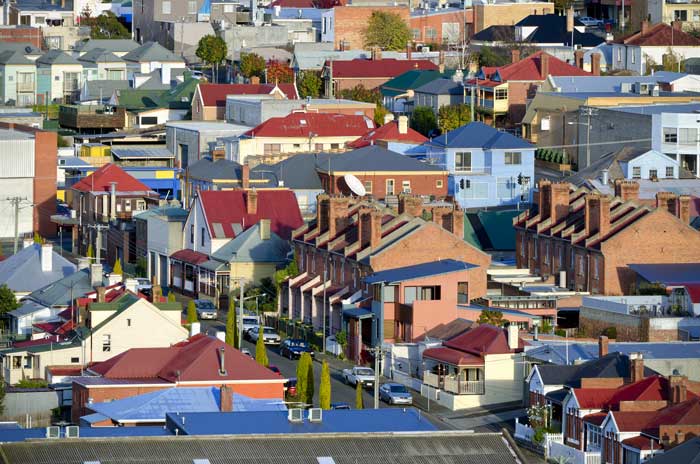 The scenic city of Hobart, which is situated on the foothills of Mount Wellington and the shores of River Derwent (12 km upstream from the mouth of the river), is the capital city of Tasmania and the focal point of most visits to the island. This city, which is the second oldest city in Australia, was established in 1804 and is steeped in colonial history. Home to a deep natural harbor, the historic city of Hobart has much to offer for tourists of all ages.

Hobart is accessed by its Hobart International Airport which located 11 miles (17km) to the east of the city. The Hobart airport welcomes various international and domestic carriers, which puts the city within easy reach.

The Hobart airport is served by a shuttle bus service that offers connections to the city center, though taxis are also readily available at the airport as are major car rental outlets. Most visitors to Hobart elect to rent a car and drive around, for public transport in the city is mainly provided by public buses and ferries.

Battery Point is the colonial heart of Hobart city, an area which is populated with many old-world sandstone buildings. The area is easily navigable on foot and hosts colonial stone cottages, antique stores, tea rooms, restaurants and pubs. Also located within the Battery Point area are two interesting museums, the Narryna Van Diemen’s Land Folk Museum, which offers displays of pioneer life in Hobart in the early 19th century and the Maritime Museum of Tasmania, which offers displays of the rich marine history of Tasmania including exhibits of Tasmania’s whaling industry, early aboriginal boats and even shipwrecks.

The Royal Tasmanian Botanical Gardens, which were established in 1818, are the second oldest botanical gardens in Australia. These stunning gardens are located in the heart of Hobart, in the Queen’s Domain area, a mere two minutes away from the city’s Central Business District. The Gardens encompass several individual gardens like the Japanese Garden, the Chinese Collection, the Lily Pond, the Conservatory, the Veggie Patch, the Cactus House, the Subantarctic Plant House, which offer displays of plants that hail from all around the world, and more. The gardens are also equipped with a restaurant and tea room, which offer visitors a chance to stop and grab a bite while touring these verdant gardens.

The Salamanca Market is a weekly market that takes place every Saturday between 8.30am and 3pm at Salamanca Place, which is the cultural heart of Hobart. Located here are several old sandstone Georgian buildings that date back to the 1830’s and host cafes, craft shops, art galleries, theaters and boutique eateries. The market at Salamanca Place features vendors who offer a wide variety of products including fresh produce, fresh flowers, Tasmania arts and crafts and various other tchotchkes. The market is a favored haunt of souvenir hunting tourists and is a ‘must-see’ attraction on any visit to Hobart.

The Tasmanian Museum and Art Gallery commemorates Tasmania’s rich history and culture. The museum is located in the heart of Hobart within its Central Business District and hosts several different galleries that host exhibits from the museum’s permanent collection as well as constantly changing temporary exhibitions.  A star attraction at the museum is the Tasmanian Aboriginal Gallery – Ningenneh Tunapry, which seeks to explain the life and culture of Tasmania’s original inhabitants. Other highlights at the museum include its ‘Islands to Ice’ interactive exhibit, which aims to explain the mysteries of Antarctica and its displays of Tasmania’s native flora and fauna, which includes taxidermies of the famed but now endangered Tasmanian Devil and the extinct but exotic Tasmanian Tiger. The museum also offers a children’s discovery center, a café and a shop. 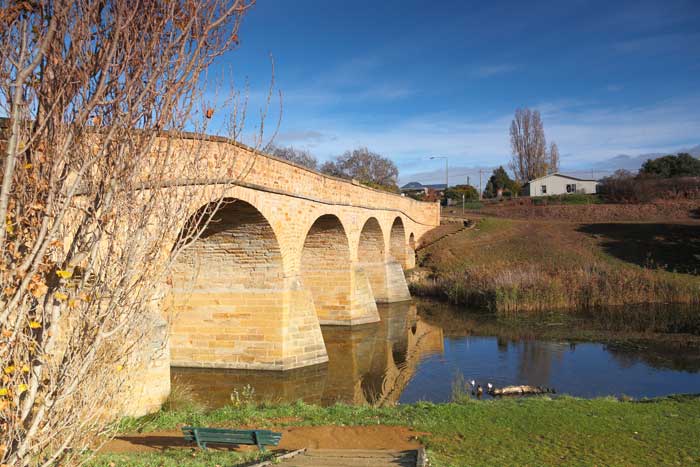 Majestic Mount Wellington stands sentinel over the port city of Hobart. The peak which rises to a height of 1,271 meters (4,170 feet) above sea level is a popular attraction in the city. Mount Wellington is located at a distance of 22 miles (13km) from Hobart and is accessed by bus or via scenic drive from the city. The summit of the peak is often snow-capped even during summer but offers stunning views of Hobart and its environs. 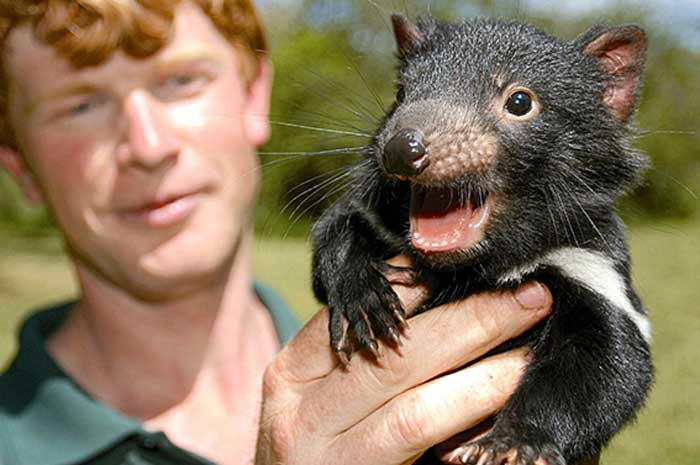 The park offers visitors a chance to interact with these exotic marsupials by participating in their feeding programs. Other animals housed at the park include kangaroos, wallabies, eagles and rare hawks and quolls, which also belong to the family of the Tasmanian devils.

Port Arthur is located at a distance of 65 miles (100km) to the south east of Hobart and is easily accessible via a scenic drive along the Tasman and Arthur highways. Port Arthur is an important historical attraction in Tasmania. This area, which in the early 1880’s was a locale for the island’s timber history, was soon transformed in 1833 into a settlement for male convicts. So dire were the conditions on Port Arthur that it came to be described as ‘Hell on Earth’. A visit to Port Arthur provides visitors with a valuable insight into the history of Tasmania.